In July 2013 the contract work on home automation for "some German telecommunications company" turned into full-time employment.

My team is responsible for the web-based user interfaces of Qivicon to connect and configure the physical devices used in one's "smart home".

Beginning August 2012 some German telecommunications company put me to work on some home automation system - can't name either of them, NDAs and the usual $insertRandomSwearword. If you like abbreviations, you could say I'm building UIs for the IOT. Darn interesting stuff - even if it boils down to plain old JavaScript, HTML and CSS at the end of the day. I'm working on this project full time - meaning whenever I'm not at a conference.

I also do a fair share of QA for independent clients. In these cases the client works with an agency and has me review the agency's results.

Until August 2012 I've mostly done development on gallestro.de and lakeparty.de, as well as consulting for cruise.ch. Every once in a while I got to do Website Performance Audits for pages like schwaebische.de or facilitate front end development of pages, such as bodensee.de. Between those projects I squeezed small (not really exciting) one-day-jobs and some open source work (see Projects).

We created medialize.de to be the technical side of Lakeparty.de. The project consumed about 90% of our resources. We re-developed the system from scratch. Lakeparty was a pretty versatile project. Always keeping high performance and scalability in mind, we built a distributed system utilizing things like gearman. IRC Servers were connected via Actionscript to provide an HTML/CSS based chat interface on site. We interfaced LDAP to manage our users (those 50+ employees and voluntairy aids) and baked the thing right into the system. We built interfaces to allow lakespots.de (our regional Wi-Fi access and web-kiosk-terminals for bars) to authenticate against our userbase. And some more interfaces to display the website's content (Pictures, Events, Stats, …) on the bars' screens.

cruise.ch was in need of advice on the technical stuff around their website. We coordinated their technical projects with the various suppliers (they already had in play) and translated technical mumbo jumbo to non-programmer-speak. We created marketing portfolios and got their web-related staff working in the right direction.

ticedo.de was a project to enable small to medium sized events to simplify pre-selling and booking their concerts. Pretty much like eventbrite or amiando.com. In the process of splitting medialize.de in early 2011 this project was sold to the Lake Group & Reichel GbR.

gallestro.eu, the workflow project, went from Java and MySQL to PHP and PostGreSQL. The tool's focus shifted from bein an application to being an application environment. We implemented a "development by definition" engine which made building complex data structures really simple. The workflow engine layered on top provided a guided a secure access to data and functionality. Integrated analysis algorithms enabled simple business intelligence tools. All by defining things rather than programming anything. Interfacing ActiveDirectory, Microsoft Navision, MSSQL Databases, etc. allowed tight integration of gallestro into a company's existing IT infrastructure.

Because of these large, time consuming projects, we only created a few small-scale websites like bonanza-events.de.

I continued to work for HiFi-TV-Video Hauser on the online shop.

online-schneider.de (offline), a system much like YouTailor (yet less sophisticated), enabled customers to customize their own clothing. Choosing tailoring styles, fabrics, colors and what not. This was my first large scale product customization project. Although the website was up and running, the service never properly launched, since the operator (Germany) lost touch with the supplier (China) due to some customs issues back in 2005.

lakeparty.de had severe technical problems at the time. The system was not built for heavy traffic. I was brought in to redesign the system to provide a greater number of concurrent users. This communications platform quickly became the central project eating half my time. Lakeparty.de was a very interesting project in the scope of high performance websites. Fine tuning MySQL and PHP scripts to get the most out of them sure taught me a thing or two.

hotel-schweizer-hof.de was one of the few tiny websites I created throughout the years. As I'm no designer, those pages never looked that good. (One example of bad design must suffice, I'm rather embarassed by my early works. But then, who isn't?)

Accompanying my time at the University of Constance I was brought into a workflow management project. You know how that BPM, BPEL, XPDL and whatnot soares nowadays? Automated process mangement and human workflow was pretty much what I was doing since 2006. I still am, today. Same company, same product name, different concept: gallestro.de (yes, I've also created the website). In the beginning the software was built on Java (1.4, for that matter). While working with Java 1.5 and 1.6 in other jobs, gallestro forced me to stick to 1.4 as some components never upgraded. (And here we have the reason for me disliking Java…)

Building and maintaining the online shop, managing eBay auctions and similar, spiced up by the occasional install of larger HiFi and home cinema systems.

I've looked into a couple other languages. But looking into doesn't make the list…

I've worked on (high traffic) MySQL for years. Switching to PostGreSQL was a customers decision at the time. I like both of them.

Of course this table is far from complete. But honestly, do you want to list every tool you've ever used? Or just those you're using right now?

So you think PHP ain't PHP? You're right. Since I'm certainly not remembering every single tool, protocol and technology right now, this list is just a pointer

I only work on Mac. Linux machines usually are web servers I work on via ssh. Windows has become the »well, you need it to test Internet Explorer«-thing I just won't get ridd of.

I started moonlighting as a freelance WebDeveloper in 2004. While making Abitur did not mind me working all night, the university did. My workload was so enormous in 2008, that I had to quit listening to lectures. In my opinion not the worst decision I've made, though. 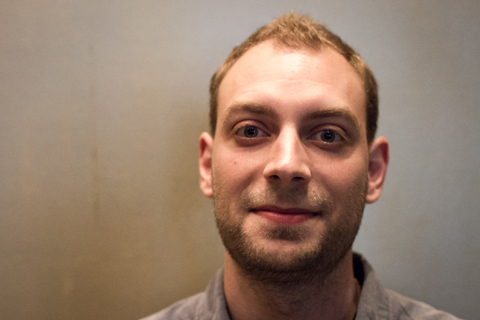